A French theatre company came to school on Monday to work with year 7. 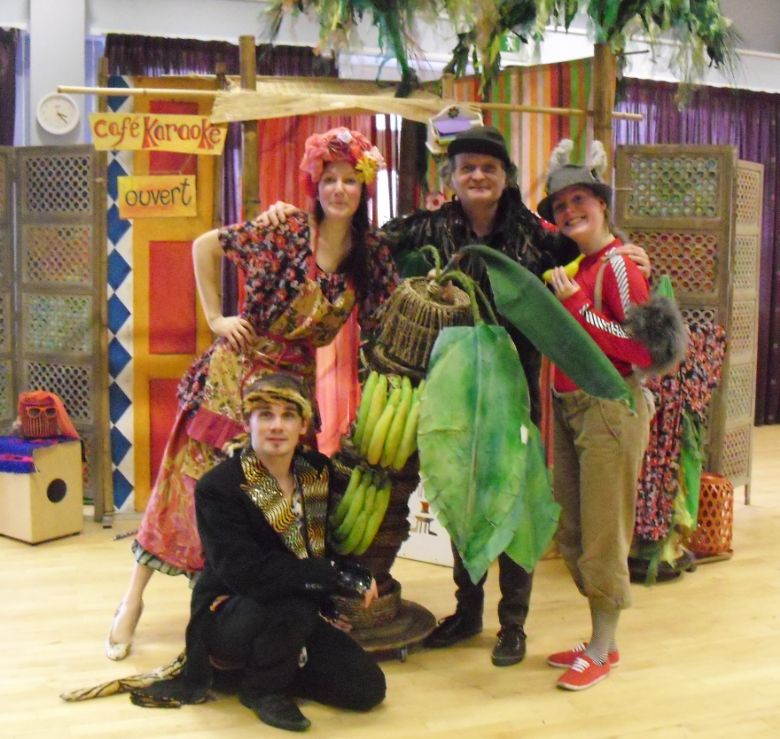 On Monday 1st march or lundi 1 mars as I should say, all of year 7 were visited by a French theatre company who, thankfully, could also speak fluent English. In the morning each class did a workshop were we put our knowledge of the play that we had been studying to the test through some fun games and activities. (we had been working on the play in French lessons and had learnt some very catchy songs). One game we enjoyed was the Evolution game that we played in French starting as poisson (fish) and going round the hall until we met another poisson, and we would then play rock paper scissors. The winner would then turn into a lapin (rabbit). The game carried on from a rabbit to a tiger to an elephant to mademoiselle Christelle (a main character from the play).

In the afternoon we all gathered together in the hall to watch the theatre preform their play. As we had been learning about it we had a good understanding of what was happening and what the words meant. I will give you a brief summary of what happened. There is a woman called mademoiselle Christelle who loves bananas. She lives on the island of paradise with her 5 animal friends Baleine-whale, tigre-tiger, lapin, cheval-horse and éléphant – I will let you work that one out. Mademoiselle Christelle wants to marry a banana but there is one problem, they are not alive and they don’t talk. She puts up a poster asking for a man with banana qualities which the rabbit thinks he has but the other animals disagree. He proposes 3 duels with each animal and beats all but one of them in sly ways so he cannot marry Mademoiselle Christelle. There were many sing along songs and lots of audience interaction. There was also some great acting scenery and props, which all accompanied greatly this rather bizzare play. Much fun was had by everyone and we all thank the theatre company for coming in and Miss Gill for organising it. 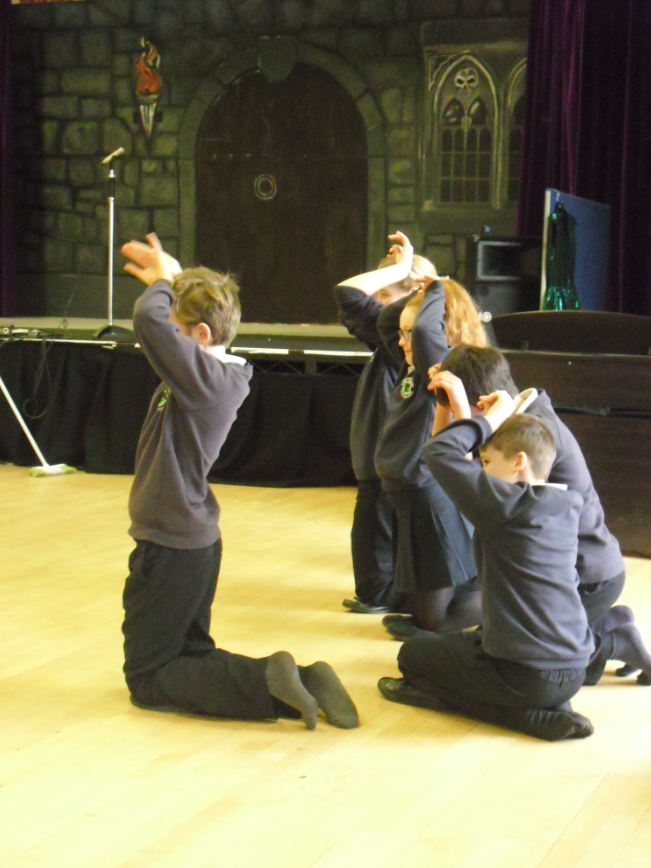 Can you guess which character they are acting?