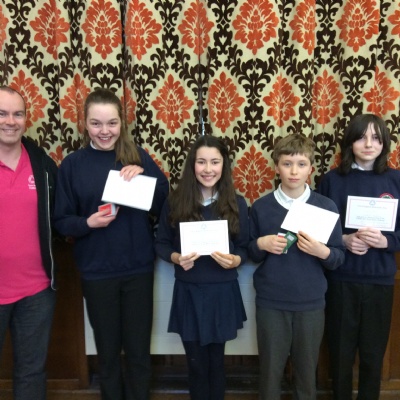 A fantastic well done to the Gosforth East Middle School team who were placed first in the regional final of the UKMT Maths challenge.  This is the second consecutive year that a GEMs team have won the Regional final. Twenty seven teams from the region took part in the event at Knott Hall in Heddon on the Wall and pupils competed against each other in solving some very challenging Maths problems. Our winning team included two of our Year  pupils and two of our ex-pupils, now in Year 9 at Gosorth Academy. The team  will now take part in the National Final in London on 22nd June. The pupils were a real credit to the school and demonstrated a very impressive level of Mathematical skills. Well done to you all!

Please enter some content for your news story here