A “Major” Part of GEMS Who Will Be Missed: Miss Hodgson retires 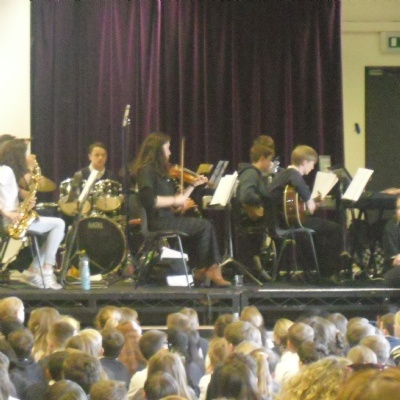 A well-known teacher who you all have heard of (Ms Hodgson) is retiring after 31 years working as a music teacher at GEMS. She will be a very big miss to everyone including former students. Everyone will agree when I say that GEMS will not be the same without her. 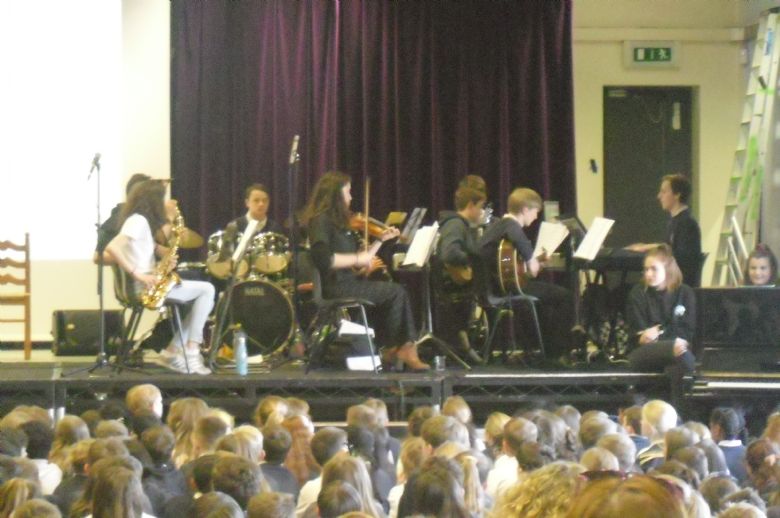 A well-known teacher who you all have heard of (Ms Hodgson) is retiring after 31 years working as a music teacher at GEMS. She will be a very big miss to everyone including former students. Everyone will agree when I say that GEMS will not be the same without her.

She has done many fabulous productions over the years including; Bugsy, Joseph, Rock Nativity, Oliver and many more. I interviewed Tasha (7MR) and she said, “Ms Hodgson has given me so many amazing opportunities and I really appreciate her for that. Her shows were my favourite! I hope she has a happy retirement.”

She has also organised and took a number of Year 8’s to London every year. Everybody who goes on that trip thoroughly enjoys their experience. She organises the Ceilidh and concerts which are always held and helps organise Gems Got Talent which happens every year for everyone to enjoy in all year groups.

She has been a huge asset to the school and she will be very much missed. If you ever see her, make her a Lemon Drizzle Cake (she loves it)!

Jack E. summed up very nicely the sentiments shared by the staff, students and former students of GEMS. He organised a surprise leaving celebration for Miss Hodgson on Friday 5th April, her final day at the school As soon as Ms Hodgson mentioned, at the end of the last  night of Rock Nativity, that she was going to leave at Easter,  many people came forward with plans for a leaving party or concert or assembly. We couldn’t not say a proper  goodbye!

We wanted to revive “Oom Pah Pah” from Oliver, which we performed this time four years ago, along with “Pharaoh Story” and “Any Dream Will Do” from Joseph. We decided to also reprise “Follow the Star” from Rock Nativity which was Ms Hodgson’s latest show in December.

When we started rehearsing, both at the Academy for the band and at GEMS when Ms Hodgson was out of school, more and more people wanted to be involved in this tribute to a great music teacher.

The whole point of this assembly is not, to showcase the talent of GEMS students, but to show our appreciation for Ms Hodgson and the huge effort that she has put into making GEMS anincredible school for students and especially an incredible school  or music.

Right up until her last week she is teaching music as enthusiastically as she did when I had my first lesson with her five and a half years ago. It has been a pleasure to get to work with Ms Hodgson and from everyone who took part in this assembly and from everyone who has ever been taught by or worked with her...Thank you. 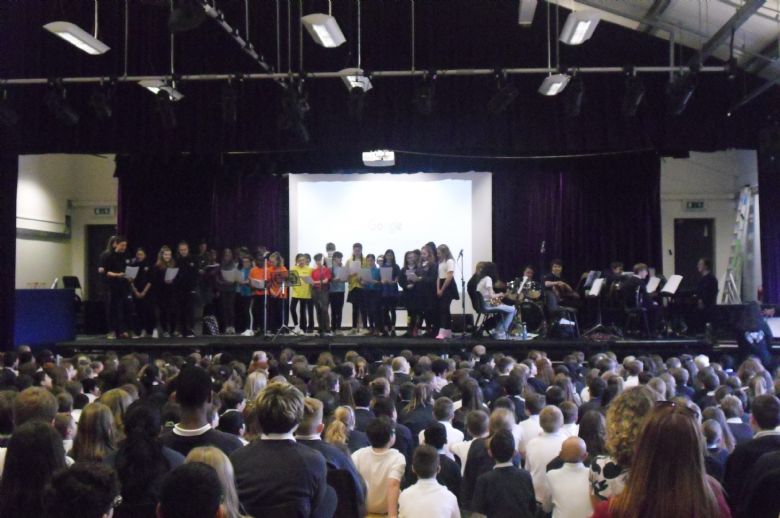 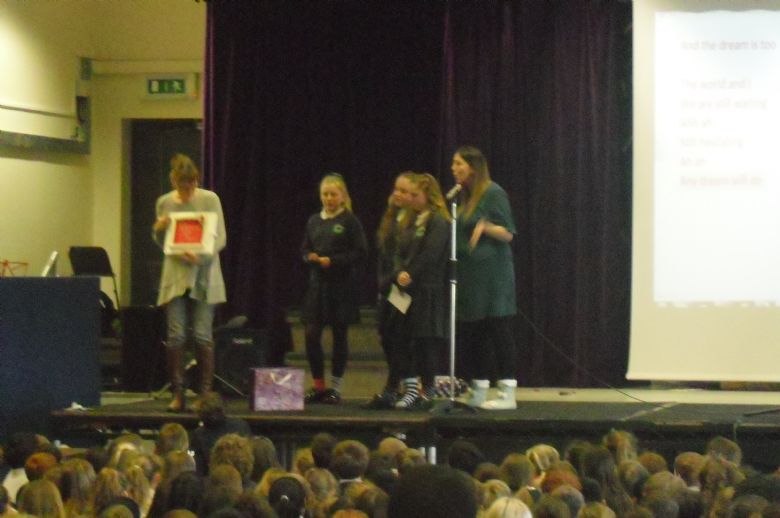