THE YEAR 7s TRIP TO THE CENTRE FOR LIFE 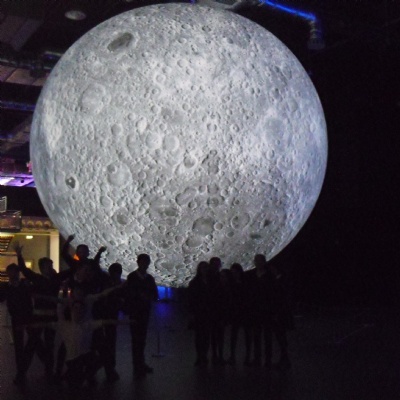 On the 16th February, 2019 7.1 maths group, led by the wonderful Miss Pink went to the Centre For Life on a visit that involved mind-expanding activities that everyone could (and had to!) participate in including a maths murder mystery and noughts and crosses with a twist! 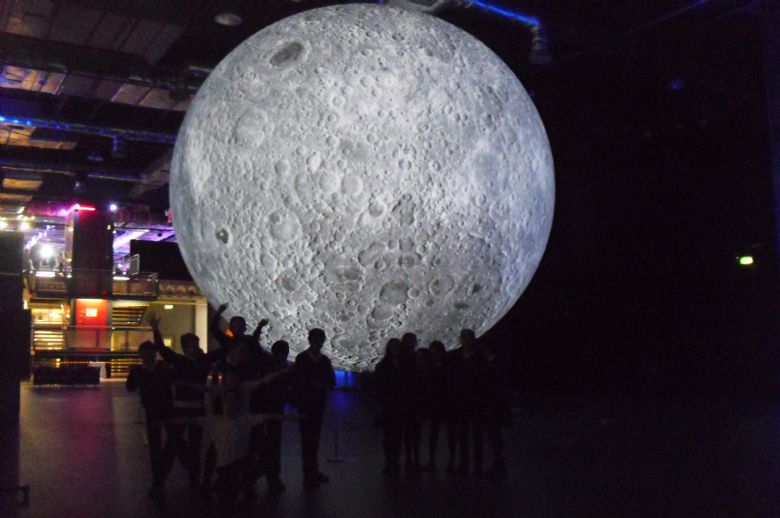 On the 16th February, 2019 7.1 maths group, led by the wonderful Miss Pink went to the Centre For Life on a visit that involved mind-expanding activities that everyone could (and had to!) participate in including a maths murder mystery and noughts and crosses with a twist!

When we arrived at the Centre, the large group of 28 was split into two groups of 14 and then we went our separate ways, I was in group 1.

The first activity we went to was a murder mystery but the clues were maths related. We were each given a character and one of them was the murderer, not even the person playing the murderer knew they were! At the beginning I said to my friends “I bet I am going to be the murderer.” (Keep this in mind it is important). We played the game, and solved the puzzles which all translated to sentences that eliminated characters one-by-one until it came down to two last people in the last puzzle, my character and someone else’s…. I was the murderer. At the end, when we solved the puzzle, we each got a lollipop.

The second activity we did was a game of noughts and crosses but with a mathematical twist. There were two sides, the red and the blue. There was a grid of 16 squares, and first the red put one down and then the blue put two down. It was a bit like connect 4, where the dots had to be on top of each-other. The aim of the game was to get 3 in a row at the top of the grid. It was a very fun and quite a competitive game to play!

Next, we went on to play a Harry Potter themed escape room with maths puzzles to solve. It was Girls vs Boys so the pressure was on. Harry Potter music played, as we solved maths puzzles to “get out”… after half an hour the timer would go off so we had a time limit. After a few close calls, the girls were victorious, and the boys had suffered defeat.

Afterwards, we did an activity that tested our knowledge of probability.  There was three doors and one held a teddy bear (one of the girls in my group, Tasha, was horrified at the teddy cruelty here!) we guessed a number between 1 and 3 as they were the numbers on the doors. They then either switched or kept the teddy bear in the same place, behind our turned backs.  Then we chose to switch or keep our decision. We always lost, until we found a loophole. By the end, we all had quite a few sweets!

We finally got to sit down for a quick, 40 minute lunch, which everyone enjoyed, OBVIOUSLY.

There was a huge, man-made moon, which we took a look at, before going on the centre’s amazing 4D Motion Ride, which this time was based on a trip gone wrong in a space ship! We then went to the planetarium to learn about the stars, before returning to school. Everyone had a great time, and we hope that the trip will go ahead for next year’s Year 7s! 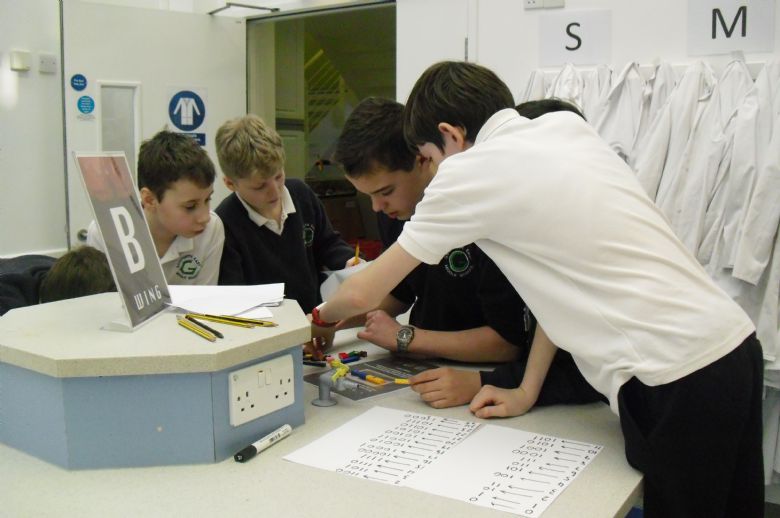 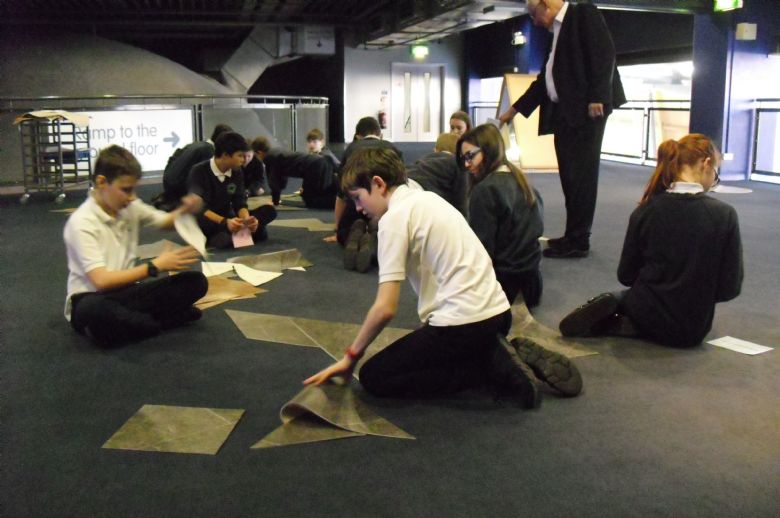