The Lit and Phil Writing Competition

At the beginning of the academic year, Mrs Leahy announced to a select group of keen writers that there was going to be a writing competition which is sponsored by the Lit and Phil. 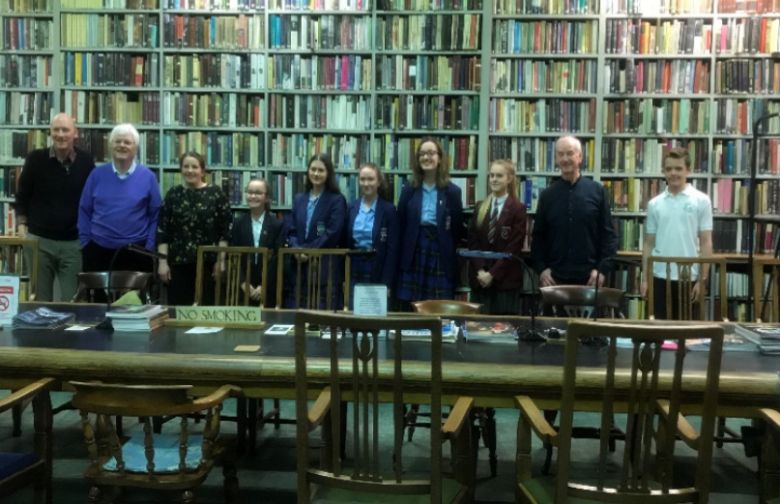 At the beginning of the academic year, Mrs Leahy announced to a select group of keen writers that there was going to be a writing competition which is sponsored by the Lit and Phil.

However, there was a twist. The participants had to write their story with the theme of courage in mind as well as writing either a fictional story, a non-fiction piece or a poem. The limit of words for  the fiction and non-fiction was 1,500  whereas the limit for the poem was 50 lines.

After hearing about this marvellous opportunity, everyone in the group accepted the invitation and started to draft and plot their work; however, we all wanted to work extra hard as every year we have entered, we have  won a category.

We also had a little bit of help as we had two workshops to help us think of some ideas. The first in school while the second was actually in the Lit and Phil library.

As the deadline loomed, everybody was starting to finish their story or poem. Fortunately, everyone completed the story in time and managed to submit their entry. Unfortunately, after we submitted, we discovered that there were more entries than ever this year… so the pressure was really on for us to continue our winning streak.

On the 13th of March, we attended the results ceremony at the Lit and Phil. We discovered that our writing was up against pupils from Emmanuel College and Dame Allan’s.

When we were seated, the judges started the event by welcoming everybody and talking about how they thoroughly enjoyed reading all the entries and then they announced the results…

There was even a special guest at the event and it was David Almond (author of Skellig and My Name is Mina.) He gave out the prizes to the winners and runners up and  sold and signed some of his popular and new books after the ceremony.

We all thoroughly enjoyed this amazing opportunity and a big congratulations to Tom for his victory.