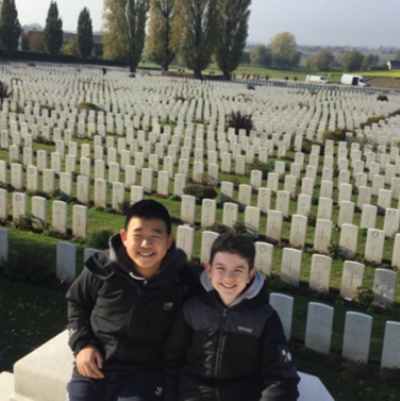 From Friday 2nd November to Monday 5th November, Joshua and Luke went on a battlefields tour programme to France and Belgium, in order to learn more about what happened in the Great War, one hundred years ago. During this visit, they studied the battles in Ypres (Belgium) and Somme (France). 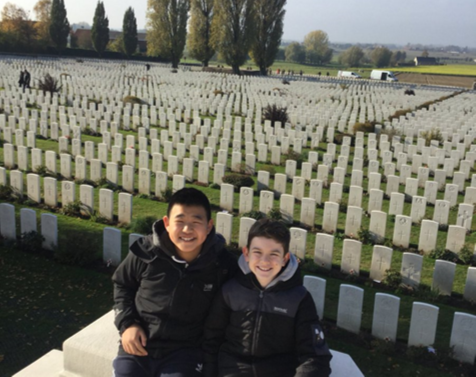 From Friday 2nd November to Monday 5th November, Joshua and Luke went on a battlefields tour programme to France and Belgium, in order to learn more about what happened in the Great War, one hundred years ago. During this visit, they studied the battles in Ypres (Belgium) and Somme (France).

On the first night, Josh and Luke researched a local soldier, who lived in Gosforth, over one hundred years ago. Then they handled and studied artefacts that world war one soldiers used during the war! These included ammo, a tin of cigarettes and a lot more possessions that the soldiers would have had on them. Unfortunately, they did not get a chance to look at the Enfield rifle, which was a gun used during trench warfare.

In the morning of the second day, the boys visited Lijssenthoek cemetery, where many commonwealth war graves were, including British, French and Americans. Every headstone in the cemetery told a story of the soldiers. Some had messages engraved on from their families and other information, like regiment numbers. They then visited Passchendale memorial museum, where they had a trench and dugout experiences.  Also, at the museum were many weapons, used by both Germans and allies. In the evening, they attended the last post ceremony at the Menin gate. Unfortunately, Luke and Josh were not picked to lay a wreath but it was still a fantastic experience. Luke was lucky enough to be at the front of the crowd and had a spectacular view to take some great pictures. An old woman was kind enough to let Luke get to the front of the crowd.

The following day, Josh and Luke visited the Beaumont Hamel Newfound Memorial Park, a small memorial and also a preserved WW1 battlefield. After that, they visited Sunken Lane. That is where the Lancashire Fusiliers hid before attacking German positions. Next they went and visited Thiepval memorial, a huge memorial for all the fallen war casualties, which were not found after the battle of the Somme. They laid crosses in memory of Dan Dunglinson and Tommy Goodwill, ex Newcastle United football players. In the evening, the lads went to watch a play about shellshock and PTSD in the First World War.

On their final day of the trip they went to Langemark Cemetery, a German Cemetery made by Belgians- the cemetery is very dull. Hitler visited that cemetery just after the war. After that, they went to Tyne Cot Cemetery with many graves and it is also a massive memorial. It was a very beautiful memorial.

The boys really enjoyed the trip and learnt so much about life and love in the First World War.

By Luke and Josh 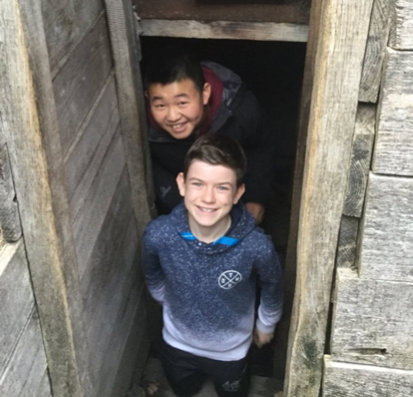 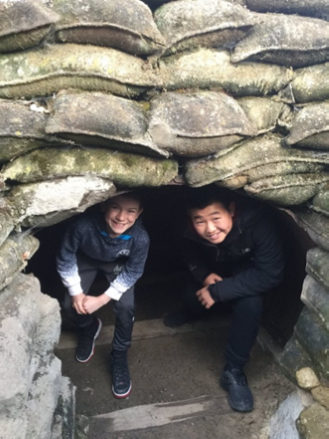 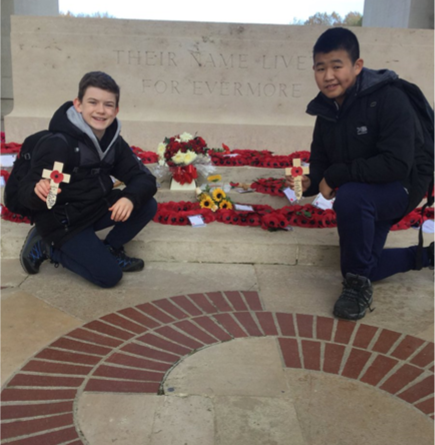 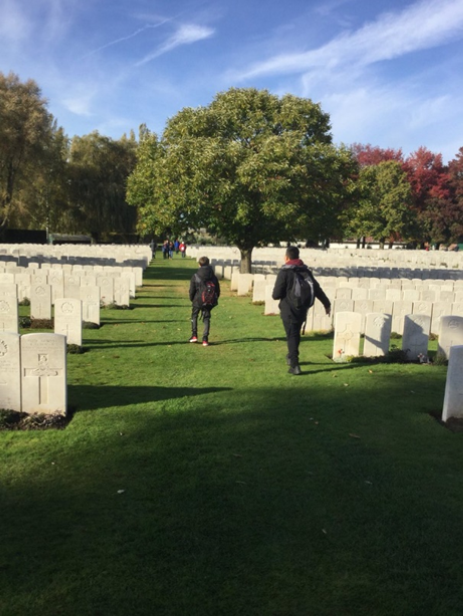 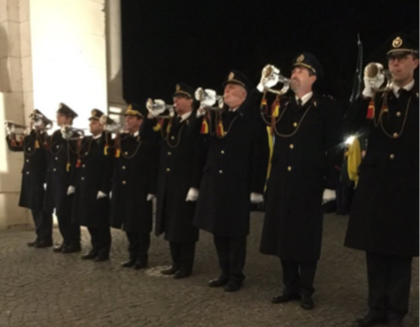 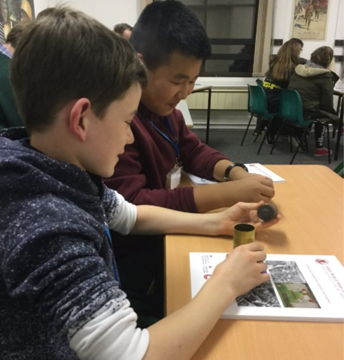 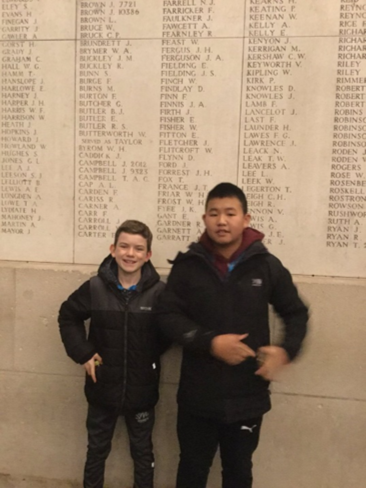 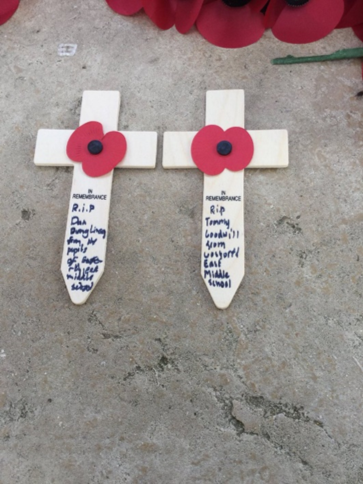