The Science of the Senses 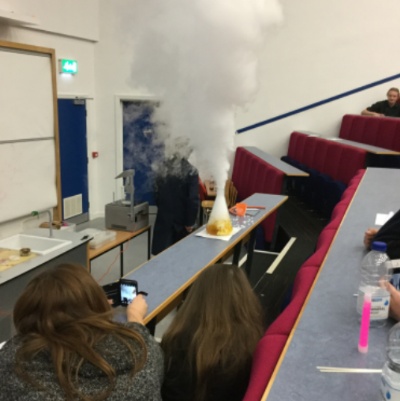 On Tuesday 22nd November a small select group of Year 8 students went on a trip to Newcastle University to experience science at its best. The lecture focussed the science of the senses, and we got to see various experiments and investigations. 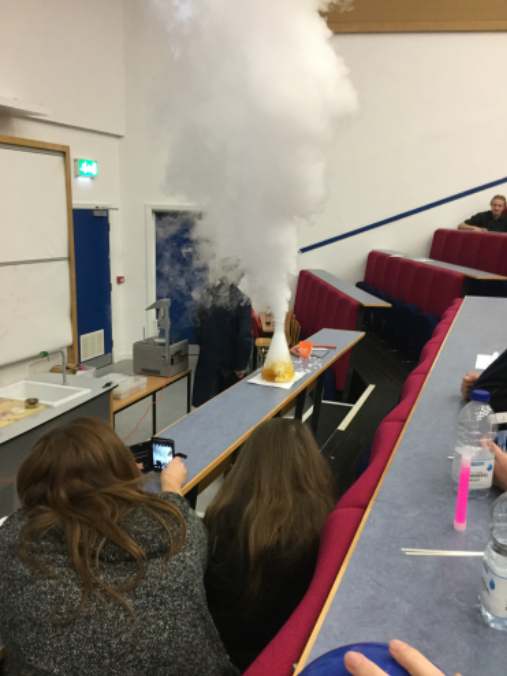 On Tuesday 22nd November a small select group of Year 8 students went on a trip to Newcastle University to experience science at its best. The lecture focussed the science of the senses, and we got to see various experiments and investigations.

The first experiment involved setting a rubber balloon alight. It made a big bang and a bright flash which tested our hearing and sight. We also combined liquids to create a glowing, luminescent substance which we all enjoyed.

Some of the experiments involved audience participation. Izzy was chosen to set a bottle with a flammable liquid in it on fire. The liquid evaporated and coated the inside of the bottle. It made a massive explosion and looked really cool! Tim was chosen to put a flower into liquid nitrogen it went really hard due to the liquid nitrogen’s freezing properties, when he hit the flower off the bench it     shattered and went everywhere!

The two lecturers also did a talk about chemistry the week after the trip, which we all found very entertaining. In that talk they showed us how to make ice cream. We were all very envious of the two people who got to try it! There was also elephant toothpaste and they told us about which chemicals are used in everyday household items. Overall we really enjoyed the trip and we think others would too. It was fun, interesting and very entertaining and we would really want to go again.

By Anna and Izzy, 8KP

Another group of Year 8s attended a lecture that looked at the science behind the phenomena of zombies, werewolves and vampires .  My favourite part was when the lecturer showed us pictures of people with conditions like uncontrollable hair growth explaining that it was from diseases such as this that the concept of the werewolf was created. Another condition, where people who were particularly pale and burned badly in the sunshine, was the root of our belief in zombies. Finally apparently there was a man who lived many years ago and he was called Dracula. He slit girls throats and drank their blood and so vampires were born. The lecture was very informative and surprising  and I really enjoyed it. 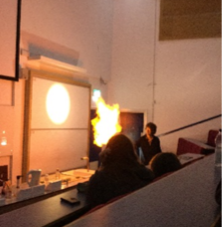 One of the amazing explosions