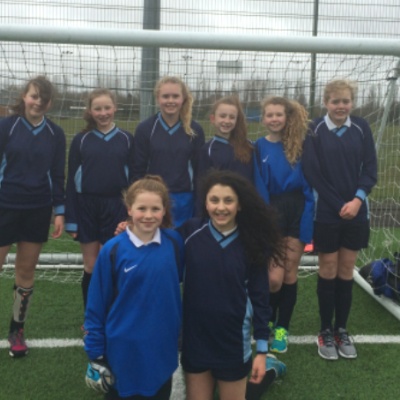 On Thursday 23rd of June the Year Six boys took part in a five-a-side football competition as part of the 500 games. They did very well and managed to come second out of 13 teams. The team won four games which led them to the final which was a great battle during the game two of our goals were disallowed. The match finished 3-2 with Noah scoring both of the goals. As the team came runners up, everyone was awarded a silver medal.

We did it again!

Once again the GEMS boys Year 6 football team have done the double. Last Year the Year 6 team won the Simpson’s League and the King’s Cup and they repeated this great achievement again this year to make it  a ‘double double’! No pressure next year’s Year 6!

Back to GEMS: girls football

After several missing years, girls’ football has returned to GEMS. A girls’ Year 7 team competed to qualify for a tournament held at Benfield School. They qualified in second place and acquitted themselves well in the tournament. Look out for a KS2 girls’ football club next year.