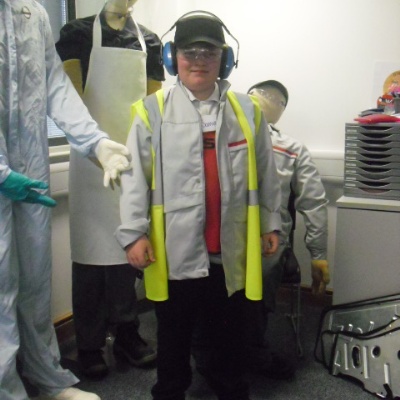 Throughout June, Year Six visited Nissan in Sunderland. There was a huge variety of activities during the day, from building a car out of Lego to watching a robotic arm in action! 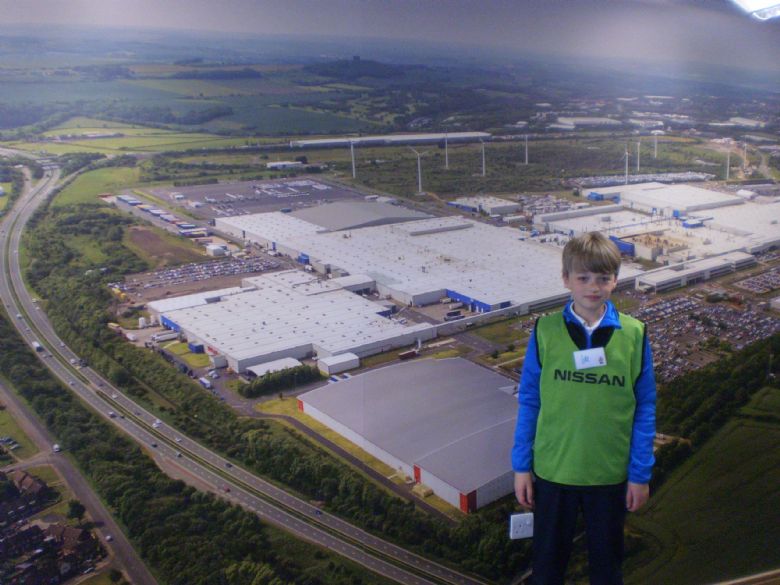 Is this a giant child, or a miniature factory?
Throughout June, Year Six visited Nissan in Sunderland. There was a huge variety of activities during the day, from building a car out of Lego to watching a robotic arm in action!
“Doing the production line with the Lego cars was my favourite part,” said Ella, a Year Six student.
“I had such a good day. I loved making the cars!” said Sophie D.
“It was a great day. I loved making the Lego!” exclaimed Kirsty.
At the start of the day a Japanese tradition was followed. The first eye of the Daruma, a wooden head, was coloured in and then all of the children in the group signed it. The Daruma was then placed in a high position so that it could watch over the group during the project. To mark the end of the project the final eye was coloured in and the group was given the Daruma to take back to school.
Year Six got to see the workshop, where the trainees are trained. We were shown the different uniforms and safety gear that was needed to work at Nissan, like masks for painting and special eye protection. There were all sorts of machines there, from electric drills to programmable robots! We even got a chance to race wooden cars that used gas canisters to power them. The person with the fastest reaction time won.
In the classroom, we watched videos about Nissan, one being the process of creating a Nissan car, the Duke. We also learned about the different models of Nissan car, like the Qashqai, the Infiniti and their electric car, the Leaf.
The highlight for many was doing the Lego car production, but it was a great trip overall.
By Freya, Megan and Ella, Year 6 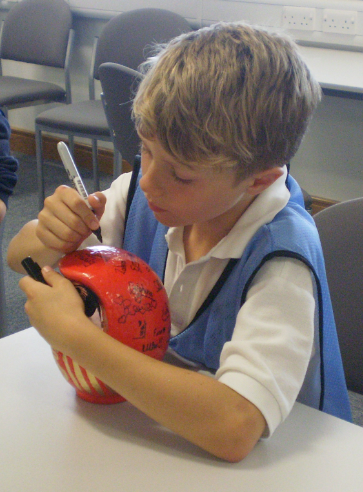 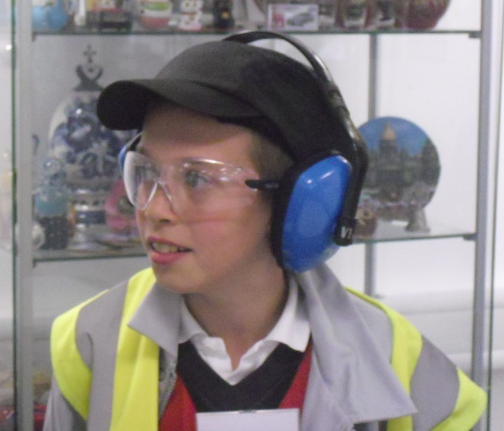 All kitted up and ready to go to work 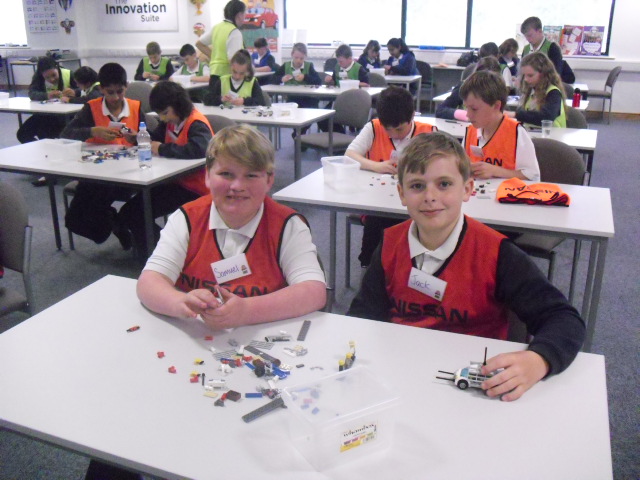 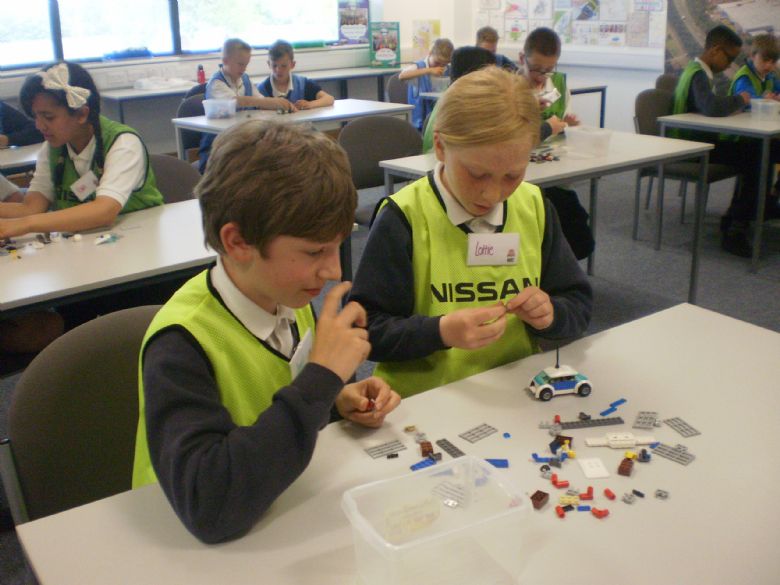 Will this be the next Qashqai? 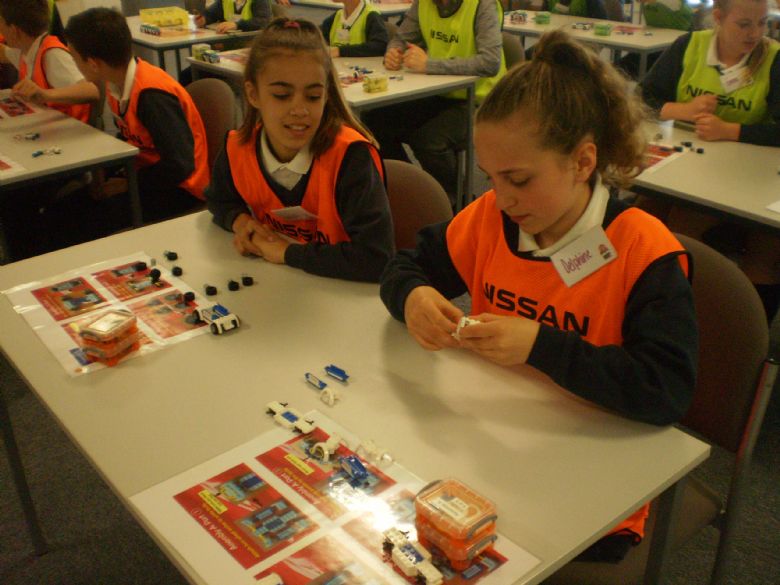 Getting ready to start the production line 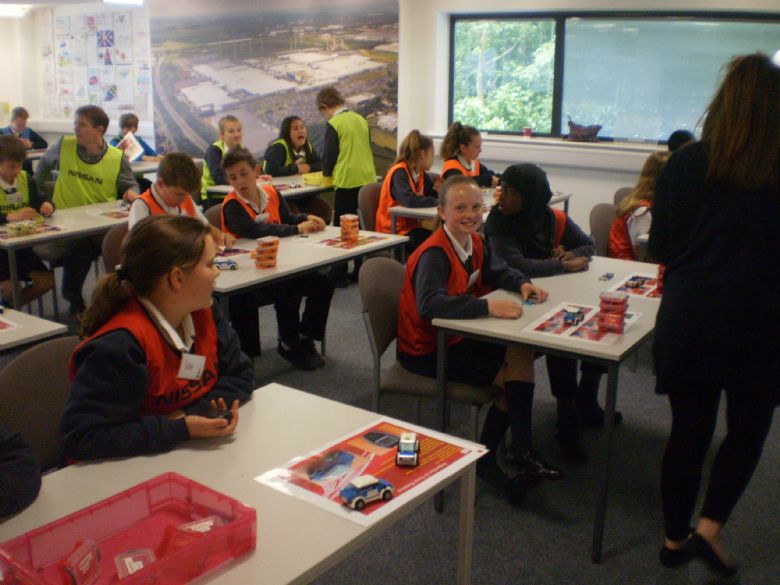 Mass production in progress. Which team will be fastest? 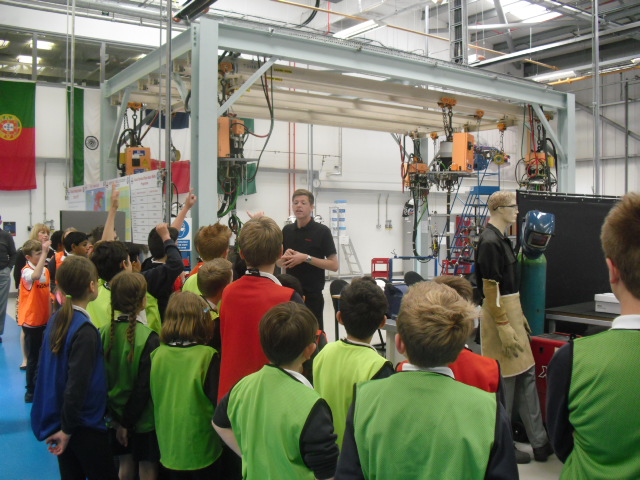 Inside the training centre 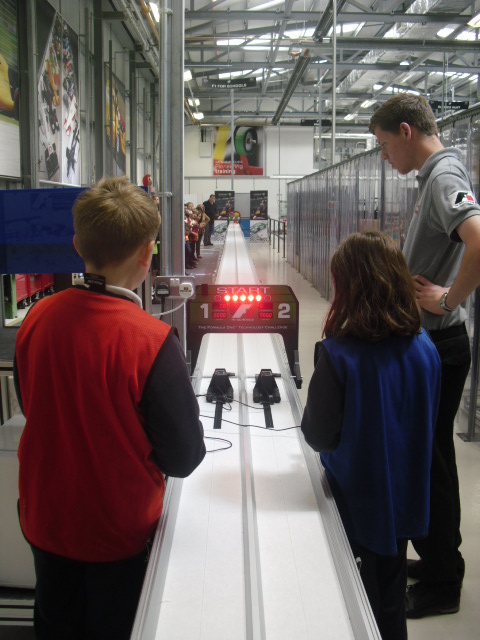 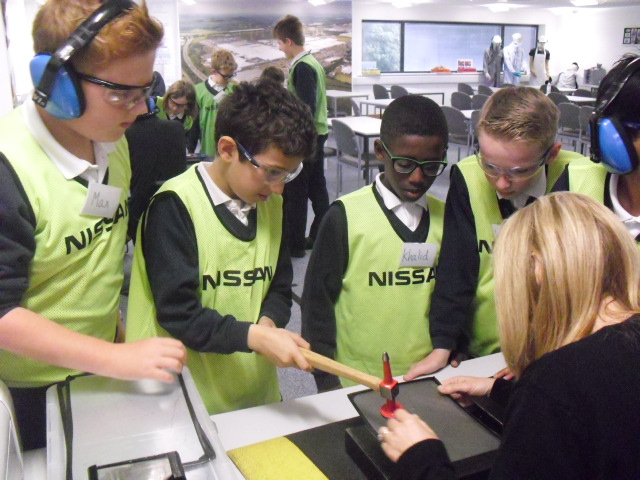 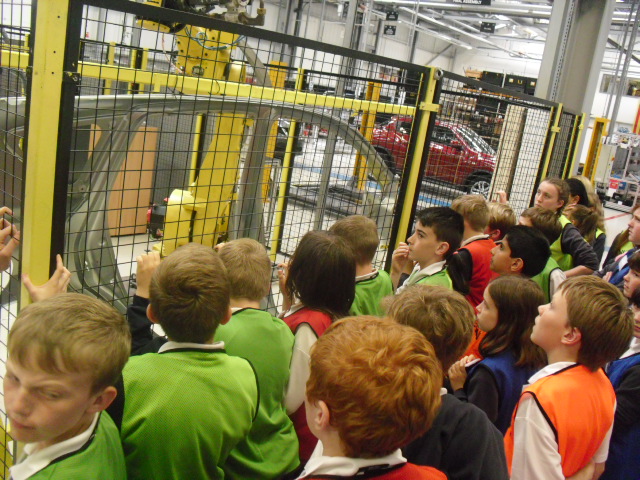 The robot welder in action