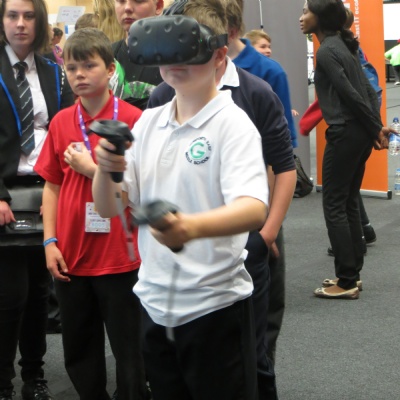 On June 28th 11 Year 7 students went to Northumbria University to participate in an event called ‘Big Bang North East’. We took part in lots of fun tasks and had a few interesting lectures. 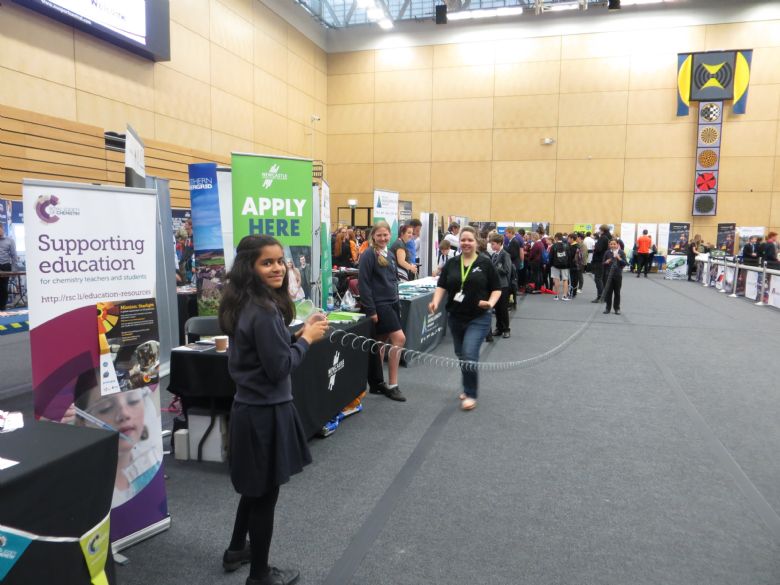 Super Springy Science
On June 28th 11 Year 7 students went to Northumbria University to participate in an event called ‘Big Bang North East’. We took part in lots of fun tasks and had a few interesting lectures.
We first took part in a workshop where we talked about Fitbits and designed our very own. The group was split into 3 smaller groups for the designing process and we then voted on which one we thought was the best. In 2nd place was the all-boy group which came up with the idea of a Fitbit which measures the temperature in your ear. In joint 1st place were our group and the other all girl group. One group made a Fitbit for kids; they created a pet animated animal and the child had to do exercise to keep it healthy. Our group came up with an idea in which the Fitbit sensed objects for blind people and sent an alert to the blind person.
We then went to a big hall where there were lots of stalls with various activities. We all had an hour to explore the area. Some of our favourite activities were:
After having lunch we went into a big auditorium where we listened to a talk about Viking weapons and fighting techniques. It was interesting to watch and involved some practical examples with some of the students. Luckily nothing went wrong and we all came out alive!
Finally we went for another talk with Professor Brainstorm. He showed us some amazing experiments involving sound, heat and lots more. One of the experiments was where he used a spud gun to fire bits of potato across the room!
It was a great day out and we really go to experience all the fun of science.
By Anna and Izzy, Year 7 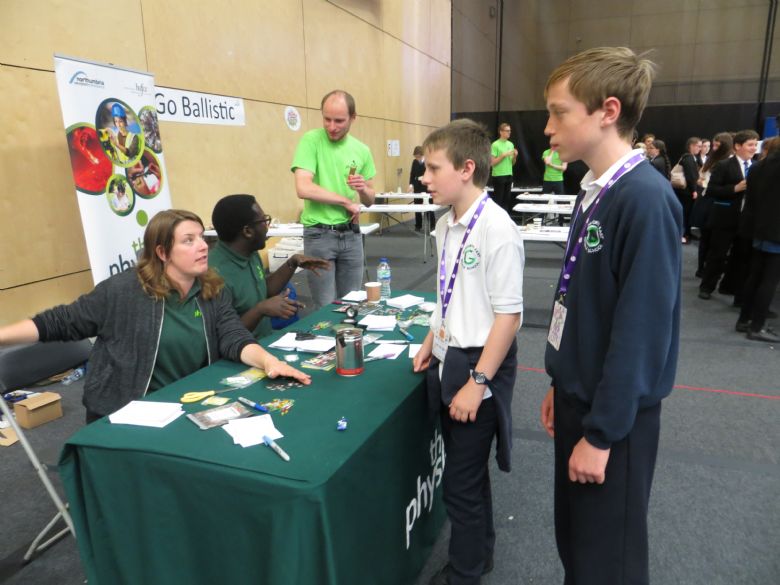 Finding out the facts 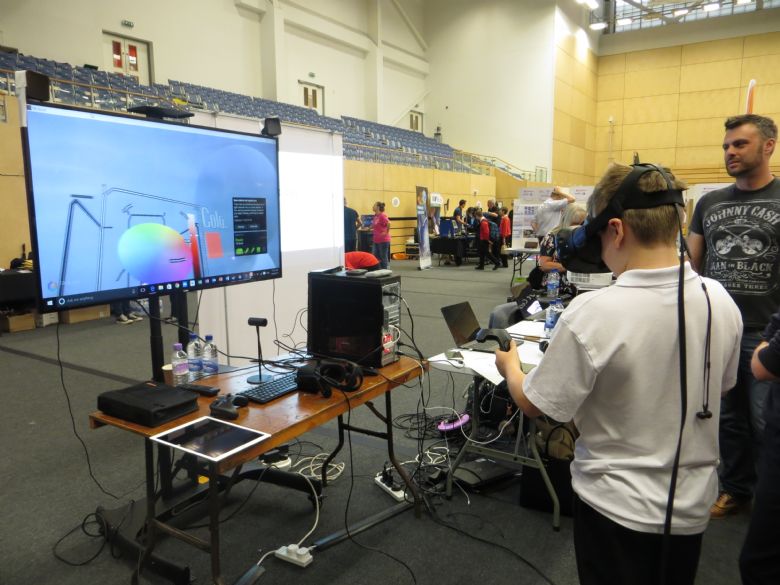 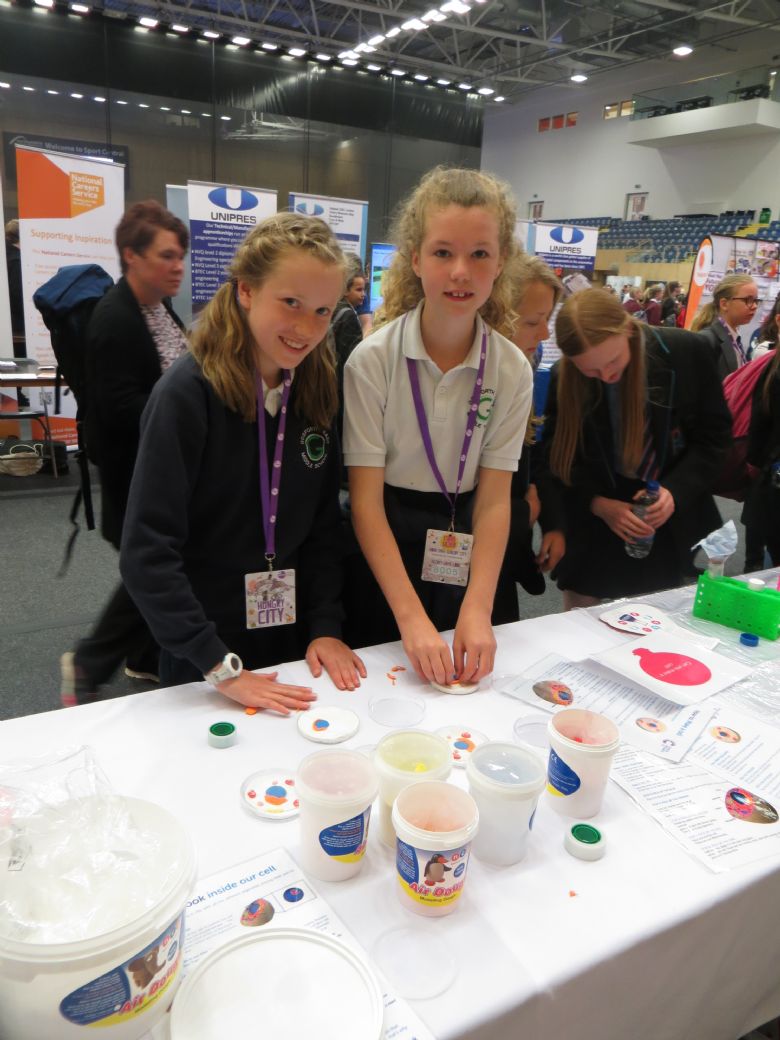 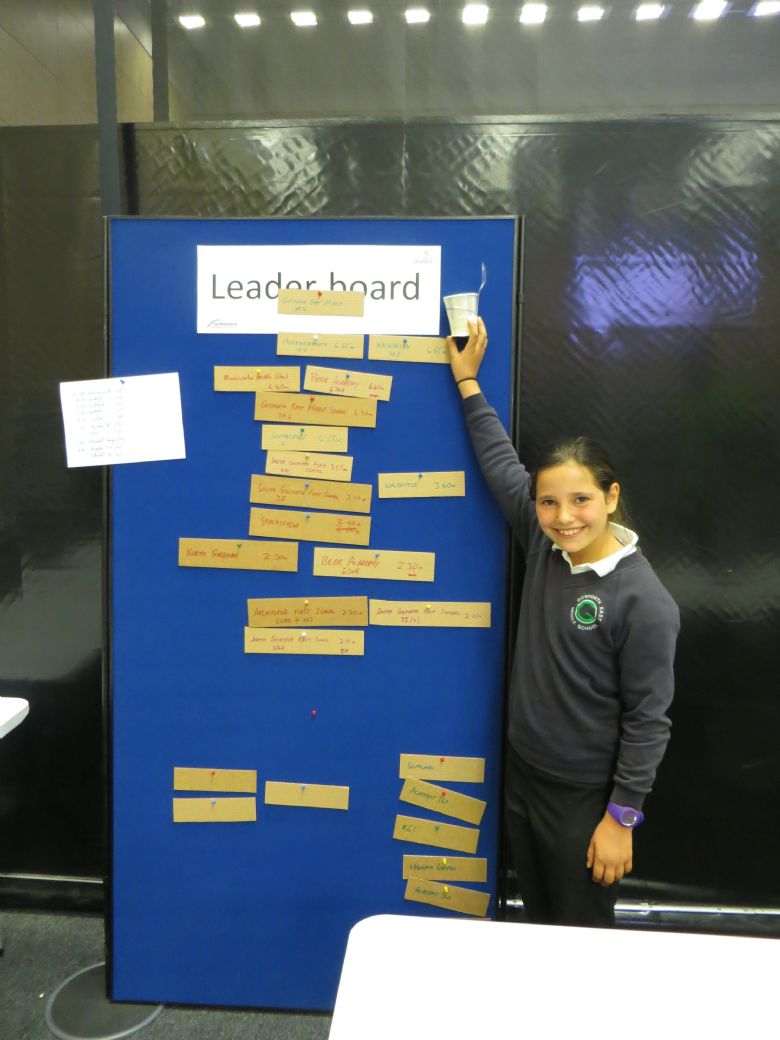 Can you read the names on the board?

Now can you read it?