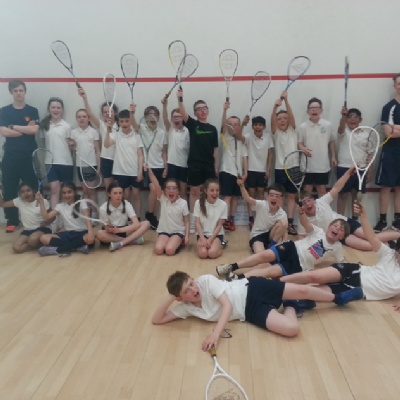 We've had success in basketball, squash and football. 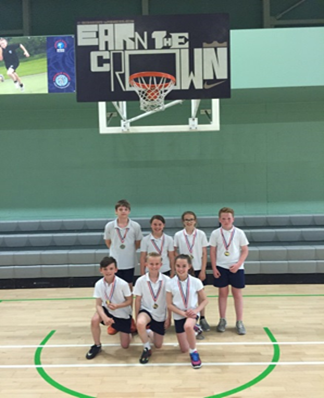 On May 19th  two Year 6 teams from GEMS took part in the Hoops for Health basketball competition which took place at Benfield School. There were twelve teams of seven players and they played  six seven minute games in order to progress through to the final. GEMS team won  five of their games and drew one to get through to the final where they met Gosforth Central Middle School. At full time the score was 4-4 so the game went to a sudden death  penalty shoot out.  It was very tense and the rest of the GEMS team could hardly bear to look while the shots were being taken.  There was no score after the first four shots and on the fifth shot the player from Gosforth Central missed. All eyes were then on Joseph who sent the ball sailing  through the air and into the basket  to  score the magnificent winning shot.

They’ve done it again: GEMS  are champions of Newcastle 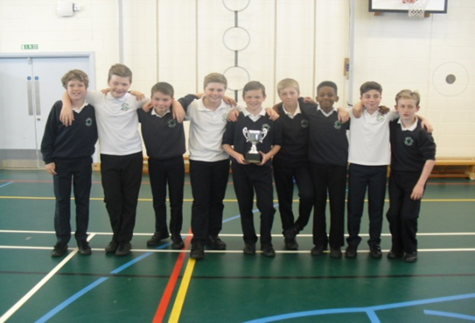 The winning Year 7 team with captain,  Ben, holding the trophy

GEMS Year 7 boys  football team  is again  city  champions.  The team got through the entire season without losing a game  and drawing only once.  Congratulations to the team and their coach and  we hope  they can repeat this achievement next season.

Down but not Defeated 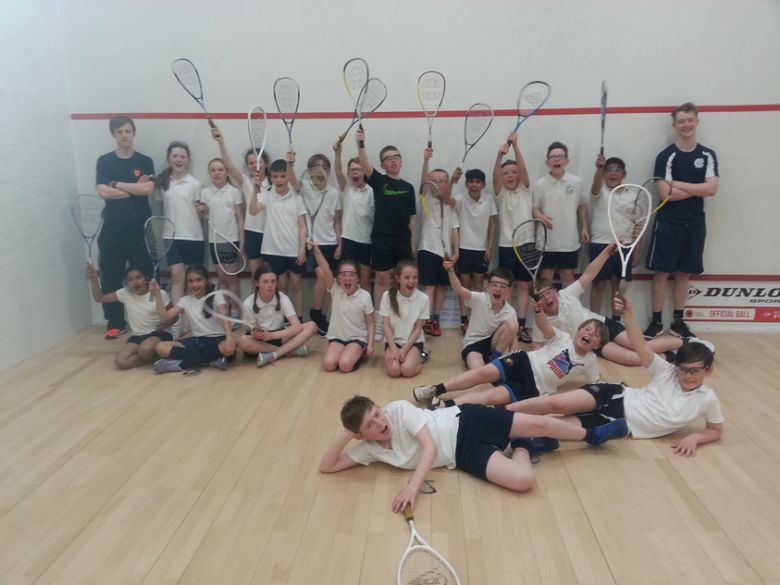 Monday the 23rd May saw the annual  local inter-school squash competition for Year 5. Although the competition was close and our  pupils played well,  GEMS could not  repeat  last year’s success.  Better  luck  next year! 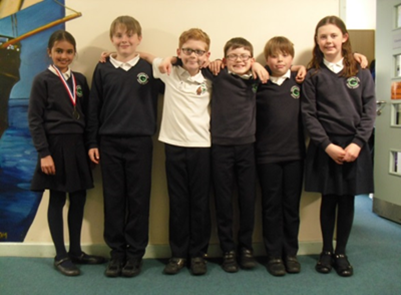 In Squash on Monday 25th April , a tournament was held for mixed class teams in Year five. Twenty-three contestants took part in the singles matches.  Everyone played well but in first place was 5RM  who scored 11 points. Good job Year Five .