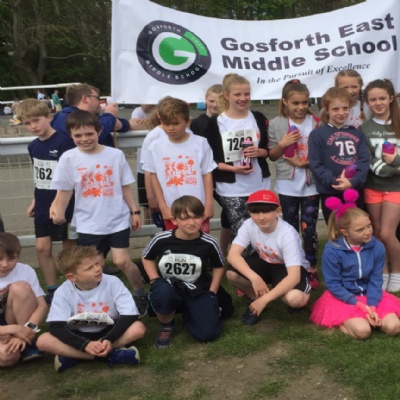 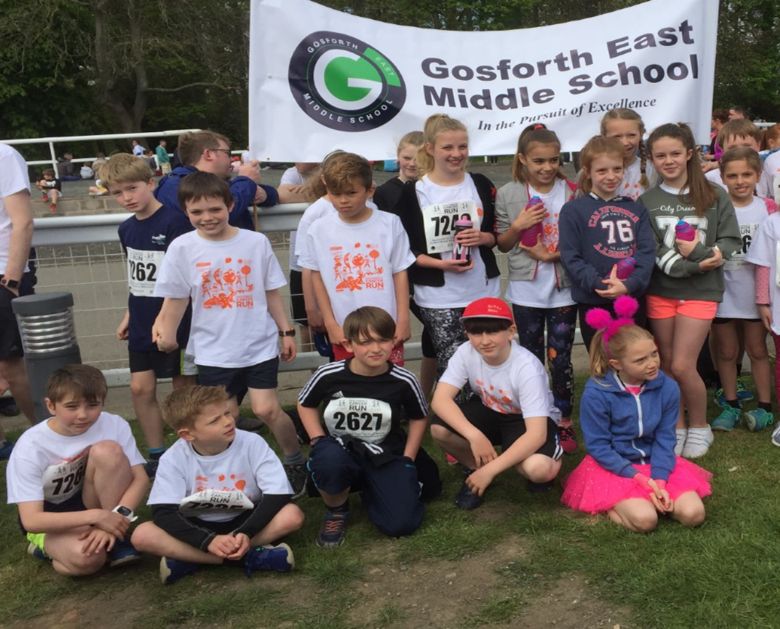 Annually Gosforth East Middle School takes part in the Greggs Children’s Cancer Run which raises money for the North of England Children’s Cancer Research Fund. The run has raised millions of pounds for this charity and is now in its 34th year. Most of the people who take part run five miles around the racecourse. This year it took place on the 15th of May 2016 same place same time.
The pupils at GEMS are very speedy; not only with their work but also their running and the aim was to collect lots of money for this good cause. Mr Mills was in charge of the Greggs Cancer Run. We all know he is good at maths but were about to find out if he was any good at running!
All the children were fabulously well behaved and teachers were very proud of the people that participated in the run. The weather stayed fine and more than 30 children and their families enjoyed the experience of taking part in this important event.
When the competitors finished the run they all got a medal, a T-shirt, a water bottle and some Greggs goodies! It was such a good feeling knowing that you had helped raise money for such  a great cause. We know it wasn’t a race but …Ethan in year 5 ran 5 miles in 35 minutes! He was the quickest out of the whole school.
BY Samaha 5NC