Fancy a Cup of Tea? But first, some facts about Japanese Club… 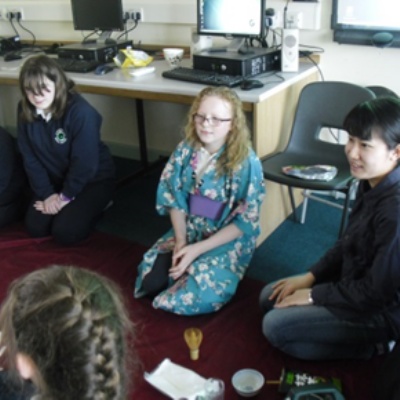 The children in Japanese Club, which started in September , have been learning about the country of Japan and its culture and customs. 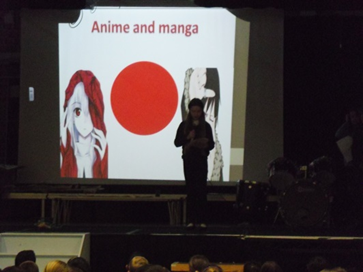 Aria and her teaching of anime.

The children in Japanese Club, which started in September , have been learning about the country of Japan and its culture and customs. They have been finding out about anime and what Japanese homes are like. They have also learnt some Japanese words and phrases and have been to see a Japanese film.

Most recently at Japanese club, everyone took part in a tradition tea making ceremony. Everyone just wore normal school clothes but two children got to wear a Kimono, a Japanese dress. How lucky. The Japanese tea ceremony is about peacefulness and being calm. To show respect, when you are given the bitter tea, you bow to the person who made the tea. The children had powdered green tea, which was so bitter they got a sweet after they drank it. You have to get used to the bitterness! The Japanese have a special way of drinking tea; when you take a sip, you turn  the cup around before you take another sip.

The next Japanese club fun event will be Manga drawings so if you are interested the club is on a Monday night after school. See you there!

By Katie and Ella  Year 5 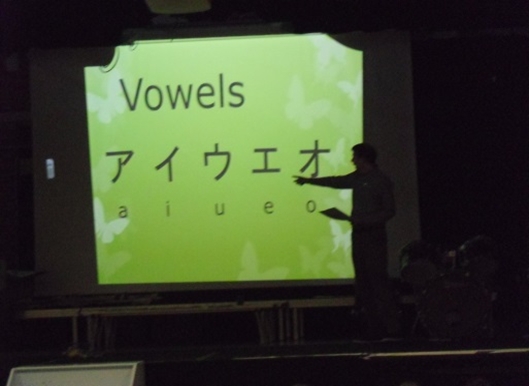 Thanks for teaching me the vowels Mr Dowman. 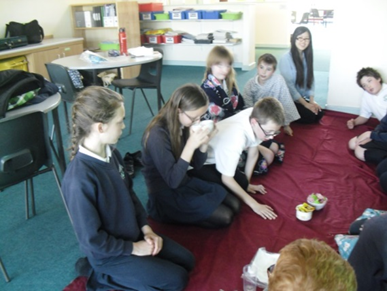 Hmmm, I want some tea too, McKenzie!