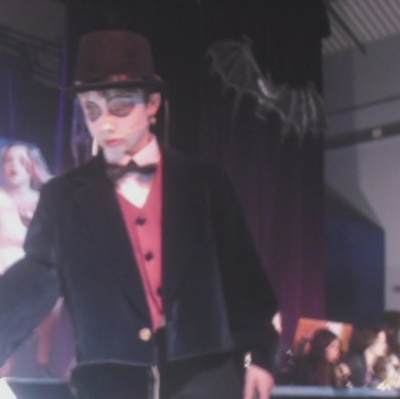 After months of preparation, Dracula Spectacular took to the stage. 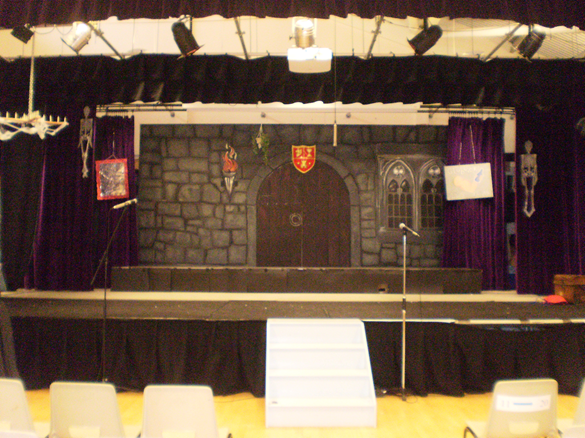 The stage is set

After months of preparation, Dracula Spectacular was ready to take to the stage! So much hard work went into the production; everyone involved spent many hours learning lines, practising songs, making the sets, props and costumes and generally getting everything ready for the big performances.

Many lunchtimes and hours after school were spent in rehearsal, while the Art Club was also hard at work; jails, wheels and even a giant bat passed through their hands. Lots of hard work (and paint!) went into creating amazing sets that helped bring Transylvania to life. Some of the cast also went to town on  costumes with amazing Gothic brides of Dracula and blood-stained zombies.
The excitement was building, the hall was decorated with flying bats, the school was plastered with posters advertising the production. So let the show begin.
The production was FANGTASTIC!
By Anna, 7KP 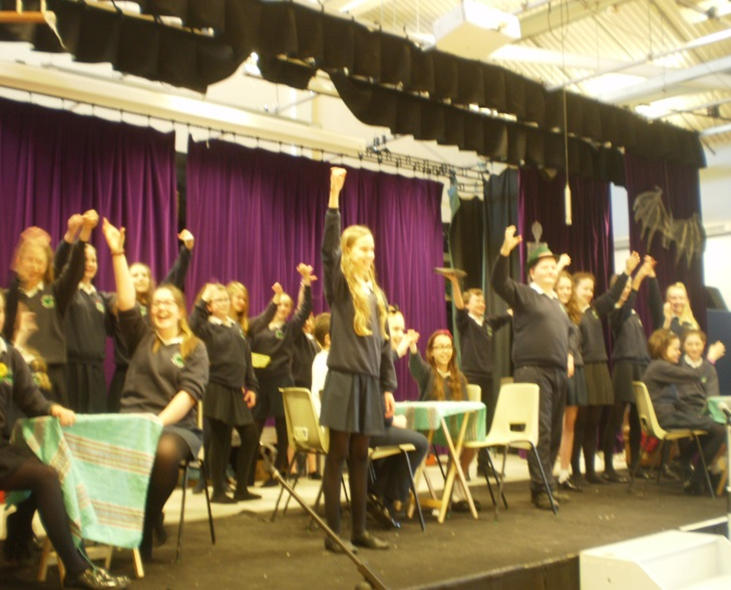 Nearly ready for the big night 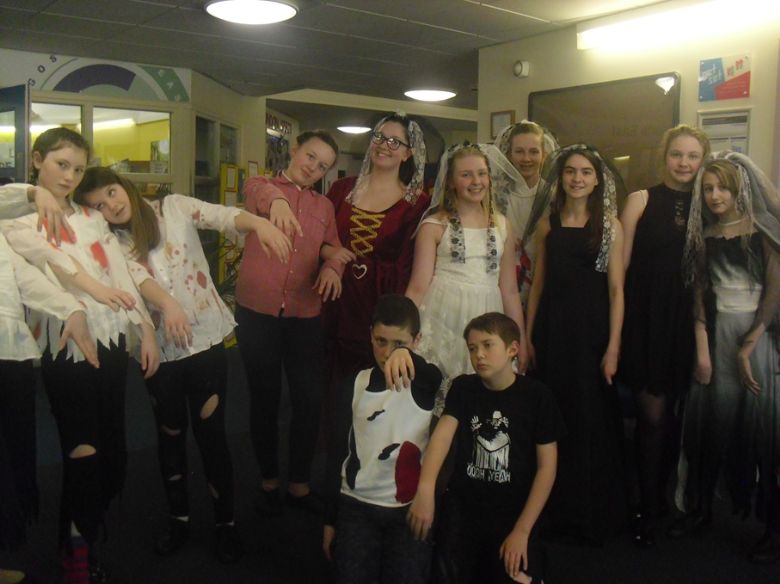 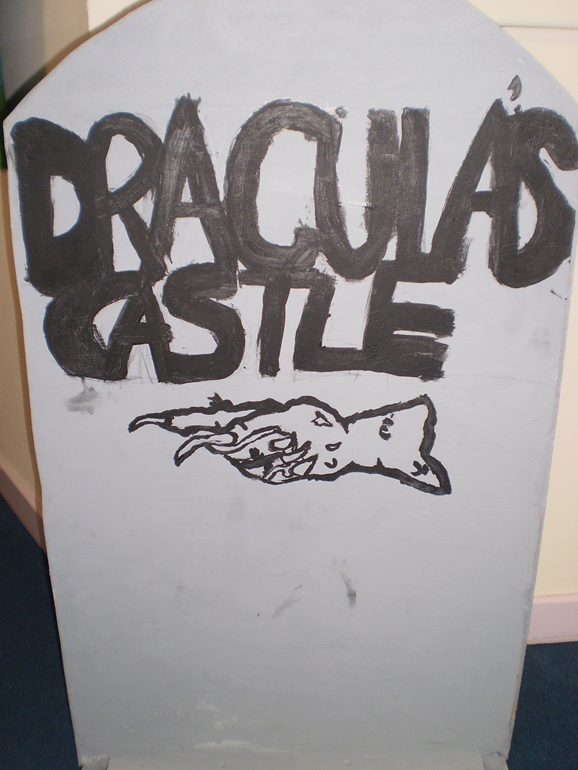 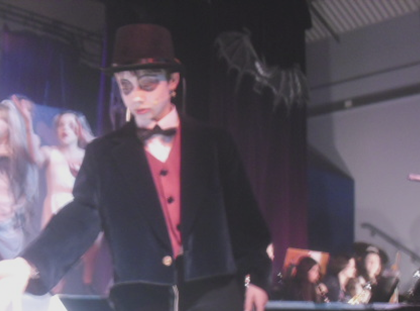 ‘The Dracula Spectacular’ was this year’s big school production. Before its performance on the 22nd and the 23rd of March, I interviewed Jamie who played Genghis, the crooked-back henchmen for Dracula. He said that the rehearsals had gone well although they would have to rehearse up to the last minute in order to be ready. Rehearsals had started in the second week of the Autumn term and were once a week after school and quite often at lunchtime too. He thinks that Dracula is obviously the main star - the clue is in the title of the play! Jamie got to pick some of his costume but the rest of it was picked for him and came from the school ‘costume department’… under the stage in the assembly hall. Jamie, or Genghis as I should say is also a star of ‘GEMS’ Got Talent,’ coming third for his comic voices, was really looking forward to performing in ‘The Dracula Spectacular’.