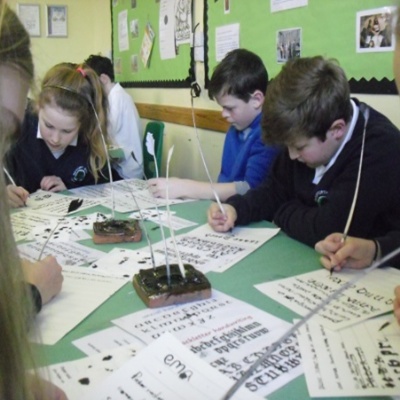 On the 1st and 2nd of March, Year 7 students went on a trip to Durham Cathedral. It was lots of fun and we all enjoyed it. 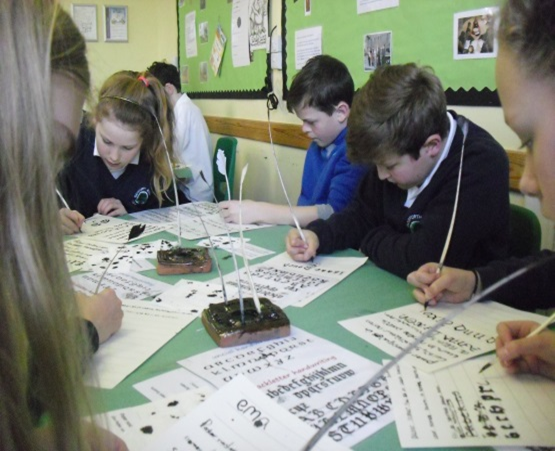 Writing with quills...we got a bit messy!

On the 1st and 2nd of March, Year 7 students went on a trip to Durham Cathedral. It was lots of fun and we all enjoyed it.

We started the day by going into Durham Cathedral’s education centre and trying out writing with quills in the way that medieval monks would have written over 1,000 years ago. We were then told about the typical medieval lifestyle and the clothing that people would have  worn. We tried on hats of every shape and size and some people even tried out a full medieval costume. It was very enlightening to see what it would be like to live in Medieval England. 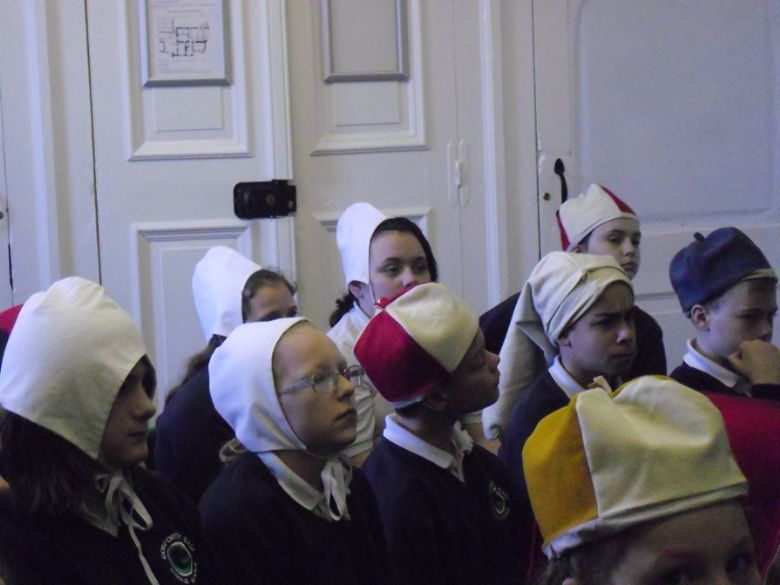 An array of headgear: the height of fashion in the Middle Ages

Next we went to Bede’s tomb and saw where he rests.  After a quick lunch stop, we went on a  tour of the cathedral. We saw where the monks would have worked and where the important people in the monastery lived.

We then played some medieval games some of which were the same ones we might play today, such as skittles, marbles and juggling. We found them very entertaining and we were told that medieval children stirred poo as a game!

We made some gingerbread by mixing stale breadcrumbs, honey and ginger. It wasn’t the nicest thing we’ve tasted and some of it was very spicy, not really  what you expect in a cake!

It was a great day and we learnt a lot. We would definitely go again!

By Anna and Izzy 7KP 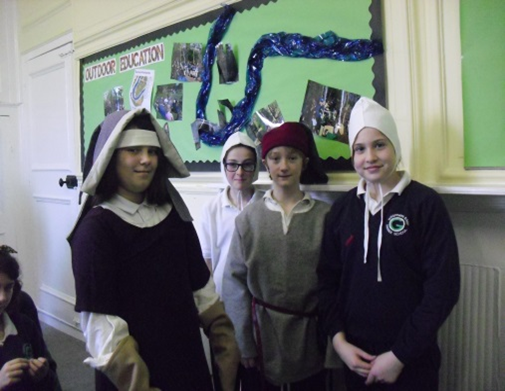