Hot Chocolate and Doughnuts … oh and some cycling 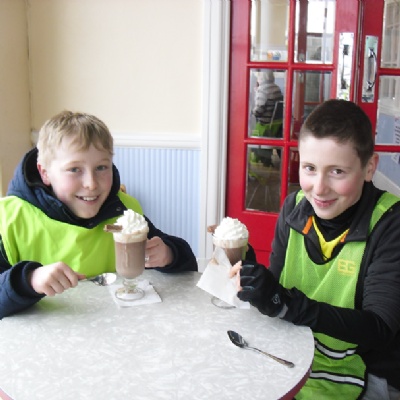 On Friday the 10th of February Bike Club went on a bike ride to Whitley Bay with Miss Hudson and Mr Jordan. 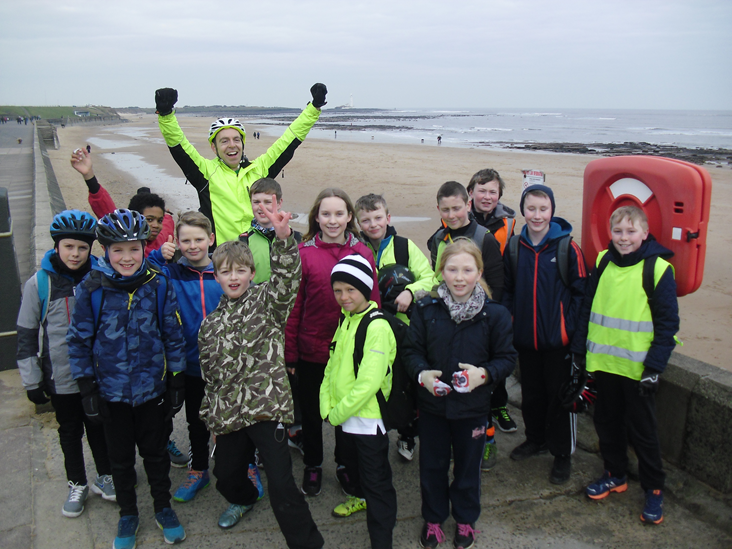 On Friday the 10th of February Bike Club went on a bike ride to Whitley Bay with Miss Hudson and Mr Jordan. We set off from school at 9am and cycled down the Bridle Path which starts near Gosforth Golf Club. Luckily for us the barrier was open so we could easily cycle through. There was a little bit of traffic with a few golfers on the course.

We crossed the railway line at the Metro Station carrying our bikes up and over the ramp. We thought for a moment that we were going on the Metro with our bikes. We liked this prospect because by then we all felt a bit tired. However, we weren’t so lucky and had to keep cycling…but it wasn’t so bad.

Emma looking as fresh as a daisy and me tucking in

We stopped for a snack before continuing along another bridle path which brought us out at the big roundabout near John Spence School. We then cycled through houses into Whitley Bay where we ate our packed lunch. We didn’t go on the beach but did get the chance to go to the Rendezvous café to have a much needed hot chocolate. Luke actually was at the counter 6 times buying chocolate bars, muffins and soft drinks. Nobody dared to have an ice cream as it was about 4 degrees outside.

As we cycled back we warmed up and had to strip off some of our layers. We stopped off at the pub…just to use the toilet facilities!

We got back to school at the end of the school day quicker than was expected. We were given doughnuts as a reward for making it safely there and back in record time. The ride was 25 miles in total which is the longest I have ever ridden. I felt really happy because my family thought I would not be able to do it BUT I DID! 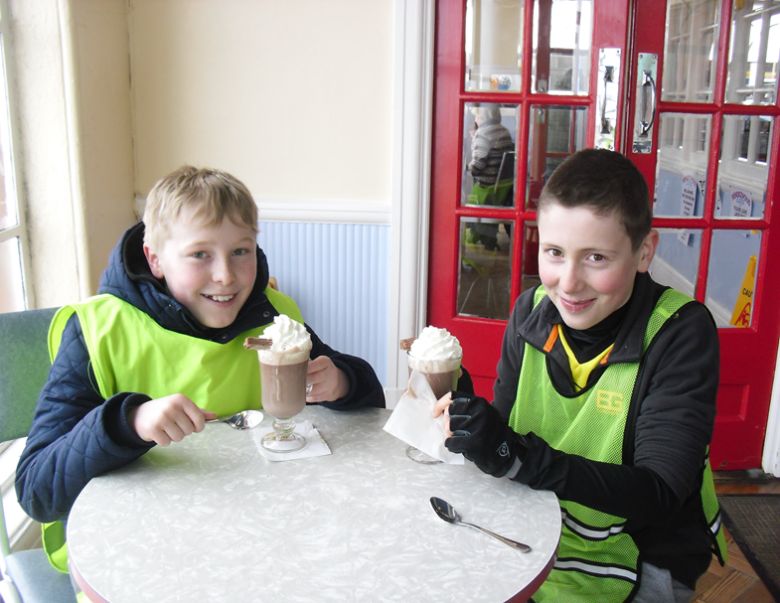 The cats that got the cream