Students on trial ...only joking! 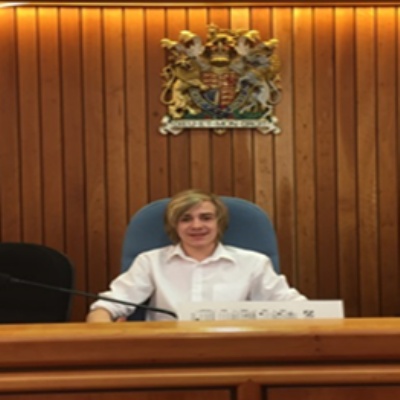 After weeks of practicing for the competition, GEMS students finally had the chance to prove their persuasive power in a court of law. 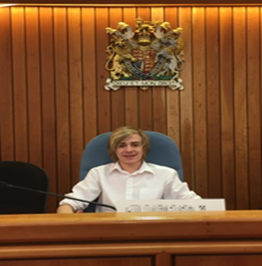 'Order in court!'...Adam looking the part
For several weeks everyone involved in the mock trial had been working hard on the case material they had been given. A mock trial is an event where students battle it out in a court of law in front of 7 magistrates to win the trial and either prove the defendant guilty or innocent. 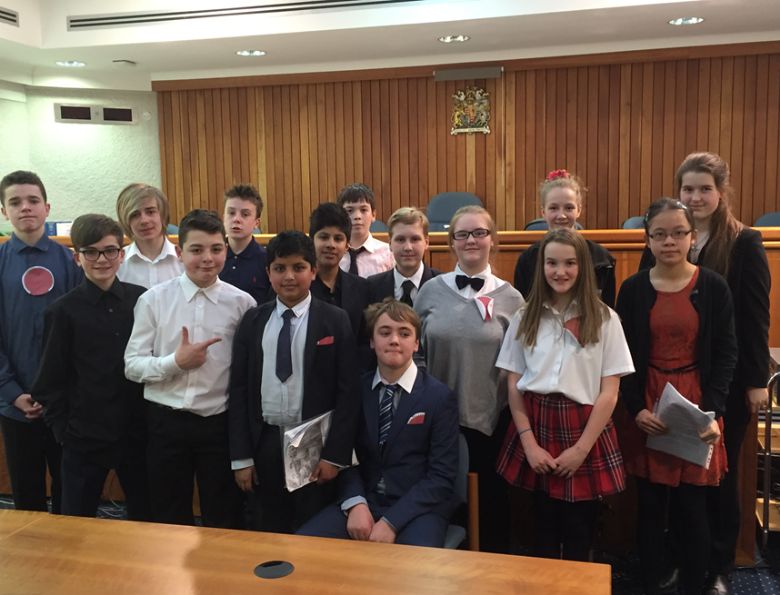 The Team
After weeks of practicing for the competition, GEMS students finally had the chance to prove their persuasive power in a court of law. On the 12th of March they went to South Shields magistrate’s court to compete for victory and a place in the national competition. They were all dressed up for the occasion… suited and booted.
As well as taking part in the trial, they all got to try on police equipment and every-one had the chance to go in a police van and car. During the day they also had a full tour of the magistrate’s court (including the prison cells!). All round, though we did not get through to the next round, it was fun and a great experience for everyone involved.
By Catherine and George Year 8 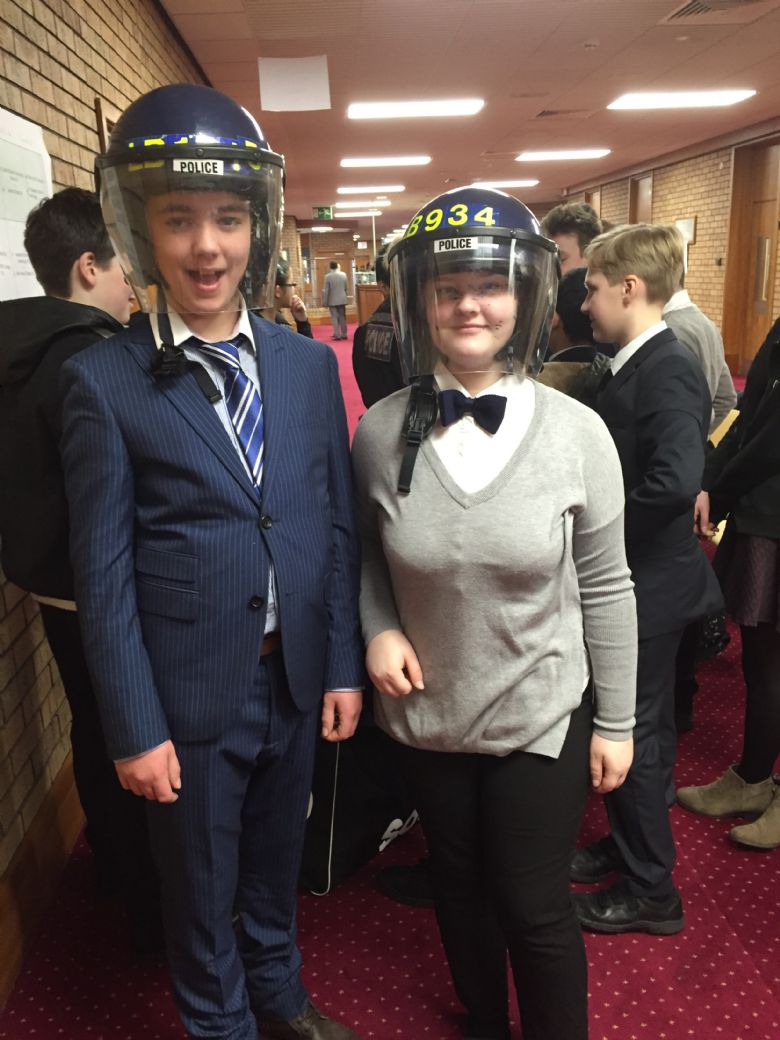 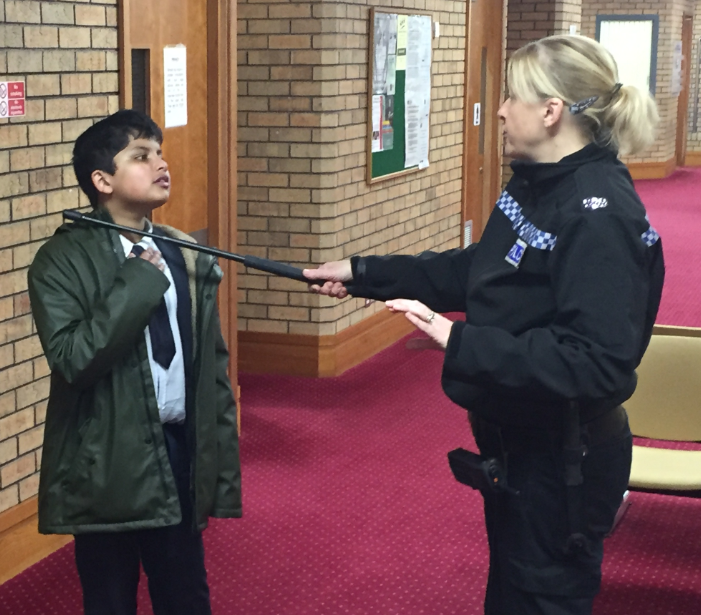 Ziaul finds out what happens when you mess with the law